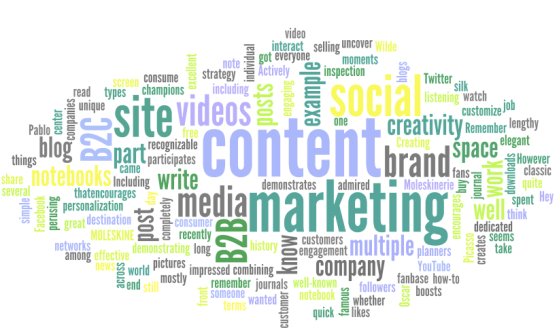 Marketing is a word, which is eminent in everything around us. It is market, business strategy, resource, execution & ardent customers, which remains the ultimate goal of any budding entrepreneur. To sell any product in today’s competitive market you have to be wise & awake, at the same time you must acknowledge the fact that it is the precise content that will fetch you the clear shot. Like every other aspect of a successful venture that needs to be followed, the B2B content too has a vital role in planning a successful marketing strategy. Let me put it this way, if you mastered the art of B2B content marketing, you have won the half battle.

Well-defined targets: The clear understanding of an individual about the product he is trading with propels every successful business. Demographics of the real need of your target group matters the most. Having said that, a clear picture of the audience is something that helps you sell your product to the right person. It is a proven fact that B2B marketing with a defined strategy is way much effective than those who simply rely on long discussion over a cup of coffee or scribbling rough estimations on a notepad.

Deep contextual understanding: Trading horse for a pony is never a wise bet. So, to evade any such anomaly in your business life you must have clear idea about the product you intend to sell to your customer. You must be aware of all the Ws like what, which, when & where related to your product. And apart form everything a deep knowledge that must reflect in your key strategy. The factors like understanding the need of your target group has to be highly prioritized. Because at the end of the day a successful businessman is the one who is aware of his strengths & pain points of the customers and he must come up with a strategy addressing the foresaid.

Clear conversion goals: Clear goal is something that acts as a driving force behind any successful campaign. A dedicated businessman must be clear about the goal that he has set for himself & how he intends to convert it into the bigger picture. That clarity must be eminent in your content because unless you convince the fellow patrons with your clarity about the dream you pursued, you are not going anywhere. Every small stone in your business must be converted into milestone & it is a timely process that must be taken care of.

Ability to scale: Ability to scale is the real test of your acumen as it ensures how adequately you are capable of handling the growing amount of work. In other words it shows how well you are coping with the growth & how you plan to enlarge the development efficiently. And what could be the better thing than putting all your development analysis in a proper content pipeline. A detailed content analysis will not update you with escalating demand but also acquaint you with the challenges that lay ahead.

Documented content strategy: Behind any successful running business it is the silent work of a content strategy, which does bulk of work in the background. As of today, if you intend to excel in the sphere of business you must be backed by an aptly written content strategy.

Use your Keywords smartly: Words play a very eminent role in our lives. With the rising demand for content & vital role of SEO, it’s the precise use of keywords that accounts for a deliciously prepared, lip smacking content because at the end of the day, people look out for their needs using apt keywords. So it’s necessary to chalk out a content strategy that propounds the theory of smartness & keeps you in the fray.

Well I am way too excited to get the first glimpse of this much anticipated gadget from apple.inc 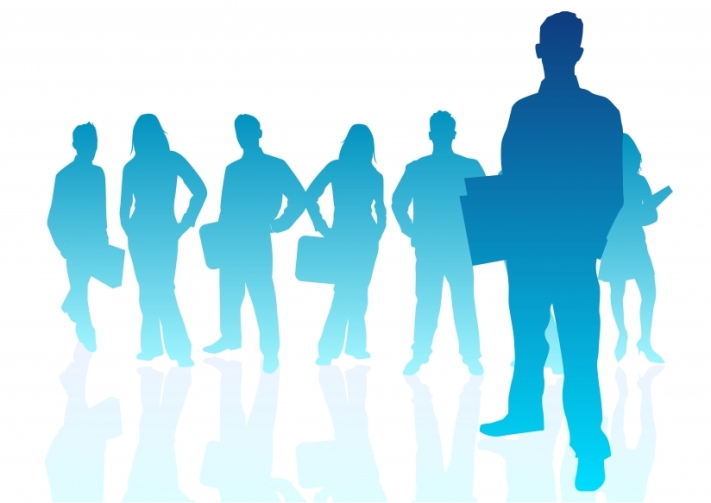 The tale begins with first economic reforms of 1991 when India’s economy was in tatters and paved way for the dogma of LPG (Liberalisation, Privatisation, and Globalisation). To bail  us out of a grave situation like this and pull an emergency brake on country’s economic slump we had to bargain with all our gold reserves in order to elevate foreign exchange reserve and maintain an uninterrupted import services which would have barely lasted for a couple of weeks. In all probability India would have  been a bankrupt state. As the probability  of an economic instability loomed large over Indian government’s head, IMF along with few foreign banks  turned out to be our rescuer. But the LPG policy turned out to be the game changer in long run. Indian economy certainly found a saviour in it. Our then Prime Minister Mr. P.V. Narsimha Rao and Finance Minister Mr. Manmohan Singh with their sheer cognizance skilfully chalked out the execution of LPG in Indian market scheme and thus started inflow of substantial amount of foreign capital. We did well to overcome the integrity threatening debacle and in lieu opened up a gateway for foreign companies to venture in India and spread their tentacles over the, ready to flourish, IT market. In pursuit to become a force to reckon with they started fingering the parameters set by them. To outrun others in the long run, they dictated most of their monopolistic terms on government and after foreseeing the lucrative impact they would inflict on Indian economy, even government complied to most of their terms and conditions if not all.

As the new millennium dawned, IT giants of 21st century found a tradable market in India and country’s economy peaked to new heights. As a matter of fact, massive source of India’s revenue remains investment from foreign MNCs. With ample of IT companies running into the fray and investing in Indian market, India started getting counted in world’s top growing economies.

Back in India, fashion of pursuing engineering as premier higher education became a rage among teenagers. Our ignorant government paved way for corporate giants in the long run. If an online census is to be believed, south India enjoys the majority in housing maximum number of engineering college when compared to number of public schools there. Millions of engineers are manufactured every new session and are left to wander in this succumbing market, subsequently the pursuit of job begins.

Time passed and number of engineers in market swollen to enormous numbers and so did vacancies in the MNCs. But it was not very late that their crooked brain started dictating their terms and conditions on employees.

Things reached unprecedented height from where inflicted damage was irreversible and things went out of proportion. Several employees on the conditions of anonymity confided their problems to media and other sources who lent their hands forward in voicing their concerns. Reasons ranged from being subjected to mental as well as physical harassment (women have always been their soft target) at work place. Cases of women being sexually assaulted or physically abused in lieu of a fat package or steady promotion were most common. A sector which once was dream for most of the aspiring engineers, turned into a nightmare. A series of woeful experiences from female employees came into light caused by their so called bosses who misunderstood themselves to be their real time masters.

As the lousy charactered bosses started using power that came with position in most of the cases, while in few women initiated to get a promotion and perk, and ended up getting cheated of unfulfilled promises. Recently a friend of mine overheard some officials at a recruitment drive in Bangalore talking about their preference for fairer sex. This was the story of female employees, as regards their male counterparts even beauty was never any criteria of such ilk unless they had blessings of female bosses who were actively involved in some cases. Extra time work and unusual heavy workloads started doing the damage and employees were being treated as machines. Many amendments in laws and rules took place which worked as ointment on a huge burn which still inflicted lots of pain. Recently an employee of a well reputed IT company iGATE went on the records to quote the stark truth behind onsite sending policies of MNCs in which an employee is being sent abroad for the duration of few years and is offered lucrative deals and packages. In turn they are being forced to work overtime and failing or even protesting which they are blackmailed for being returned to their country terminating their contract which may lead to the non-fulfilment of their pay. The fear of losing a well set job and future consequences looming over their head forces them to use a lenient approach thus agreeing to their conditions. With bosses breathing down their neck, all they can do is choose a path of submission in the pursuit to survive. In another story most of the job description and working profile was violated thus employees were subjected to work well par the minimum stipulated time. Very few show the nerves to defy at the cost of their job rest become susceptible to the company’s norms.

This was the torrid tale of the employees, if we move a little backtrack in their scheme of things there comes a melodrama called campus recruitment from which most of us if not all have lost their faith. In 2013 a nationwide agitation was launched against the software giant HCL which was biggest of its kind India ever since software companies set up their market here. Reason being very precise, the students who were placed way back in 2011 through their campus drive haven’t got their confirmation/joining letter until 2013. Initially the authorities, when obligated played safe citing the reasons in unavailability of projects but things got more intense when they kept stuffing candidates from the newer batches thus strengthening their bench, and fiddling with the lives of thousands of budding aspirants who were ready to step into the realm of software engineering. However as the agitation peaked at right time and expected consequences were visible to all. Students started getting their due in the form of joining letters. But the tale don’t finish here, quite similar to that of HCL’s even other IT majors like Infosys and CTS too kept most of their placed candidates in their wings. Later it was exposed by placement cell of various colleges that few of these companies preferred some of their highly reputed partners (colleges) when it came down to releasing the joining letters and in the fray smaller companies and institutes lost the race as they won’t offer them with a lucrative offer. A recently concluded online survey highlighted that there are nearly 50,000 engineers who are either warming the benches of few IT companies or started working for smaller firms or BPOs to support their family.

Though most of the amendments still go against the rules of companies but the recently passed companies-bill was somewhat a breather and quite aptly turned the focus of government towards the insecure and ill-fated life of private company employees as compensation, securities and insurances were a few major concerns. Not only that even the practice of firing employees under the pressure of recession and financial crunches have been brought to the scanner and this will certainly grant a huge relief to those who had sword hanging over their heads. Having said that, even government policies and acts won’t make much impact on ground realities. If something has to change then it must be initiated from its crux. Today more than half of the capital influx in the country is because of the larger number of MNCs targeting India and rightly because India houses 1.3 billion people and is being counted as the fastest growing economy subjecting to the pivotal role of public sector and other sectors. A horde of talent is what India has and the world reckons that. Then why do we always bear the burns ???